Monday proved to be a busy day for Addison & Mimi (me)! I picked her up at 10:45am.....her brother had a doctor's appointment and I was relieving Addi's daddy of having two kids at the appointment!
Addison and I first went to the beauty supply store so I could get a new blow-dryer. Yep---mine bit the dust. Of course, Addison "needed" a new brush and some nail polish. {I think I got out of there pretty inexpensively!!}
When we left, Addison said she was hungry....so we went to Papa's Pizza (one of our favorite local spots) to get some lunch. 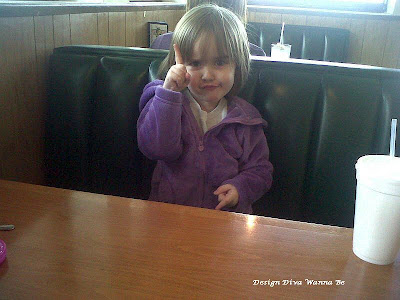 Addi ordered "plain" spaghetti ("I need parmesan!") and a big glass of milk. {I'm not sure what's up with this new "pose", but she 'struck' it several times during our day!!} 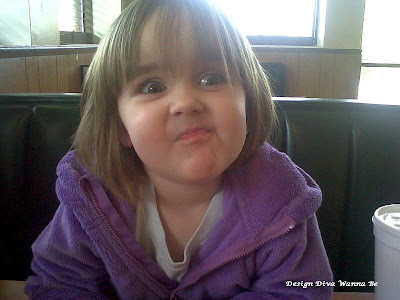 *Silly* faces while waiting on our food!!! 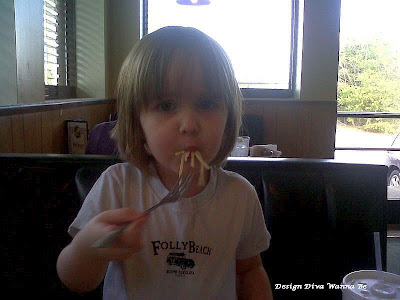 OH!! The joys of slurping up spaghetti!!!! 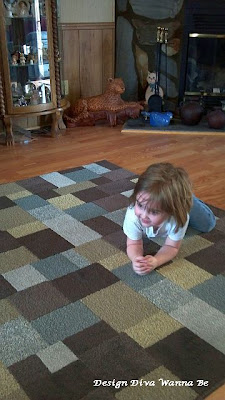 After lunch, we went to visit Great-Gramma!! 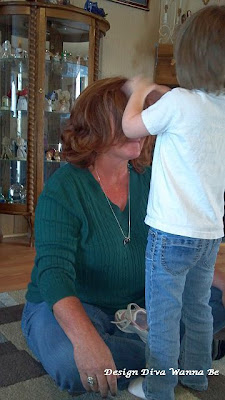 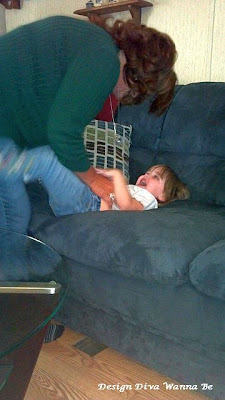 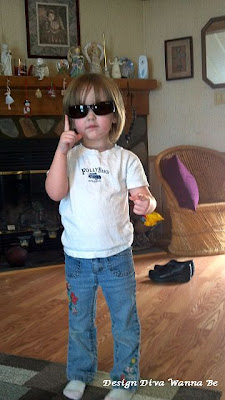 "Joe Cool" in Mimi's sunglasses! {I told you that this 'pose' would reappear!}

We left Gramma's house and went back to Mimi's so Addison can play with the dogs; Jack & Beau. 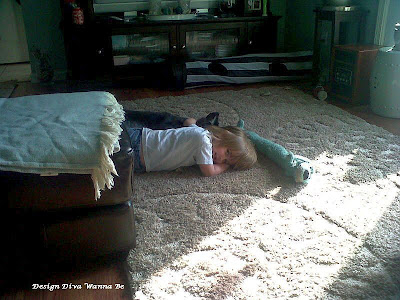 Addison and Jack immediately plopped on the floor in the living room and watched cartoons on TV. *Best dog EVER!!! 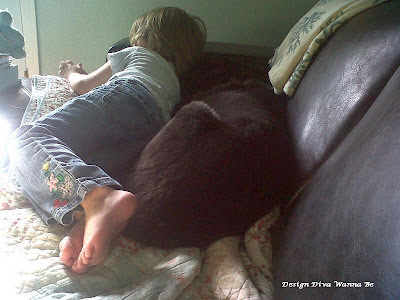 After some playtime outside, Addison and Jack are 'exhausted'! They've curled up on the couch and are watching a movie!! *Ruff Life*

After a full-day of fun, it was time to take Ms. Addison back to her own home...at first, she didn't want to go....but I reminded her that Andrew would be recovering & happy to see his sister. That's all it took! 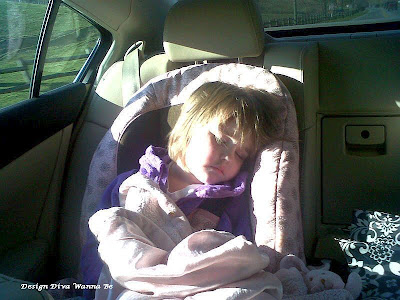 While I was putting her in her car seat, I said, "You look tired, baby!" Of course, she insisted that she was NOT tired! *Ah-hem....we hadn't driven but a couple of blocks when I saw this in my rear view mirror!!! 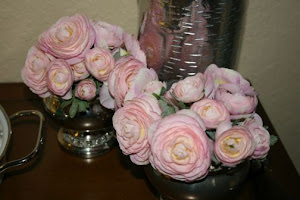